This will be the 5th painting in my
Rockford Drive By series.
This is the old YMCA along State Street. And it happens to be my favorite building in Rockford. 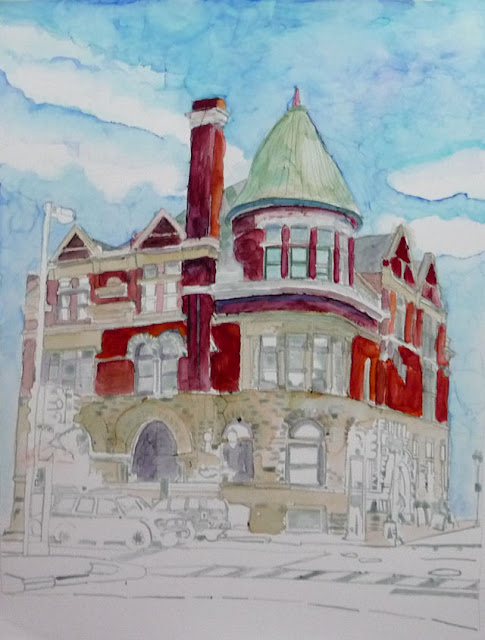 
This building is the landmark YMCA built in 1889, now called the East Side Center. Built by subscription, the building was Rockford's first YMCA but was sold in 1906 and was the East Side Inn until it closed in 1968. The Richardsonian Romanesque style building was renovated and now serves as an office building.
Posted by Jill Rae Finally Art at 9:12 AM