There's a lot more to art shows than just the sales. 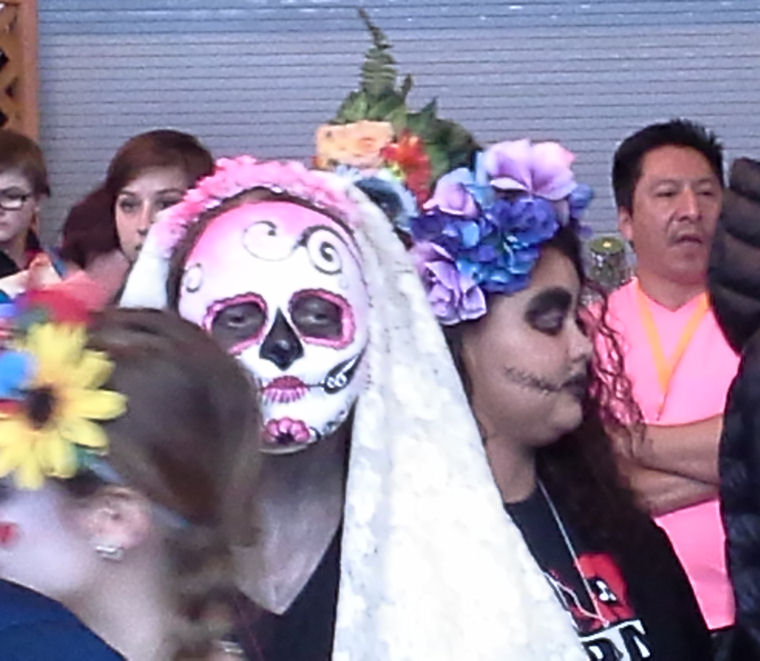 Yesterday was the first day of Art Scene. It's a lot of work getting your pieces together, framed ,bagged tagged etc. Then there is the setting up of the space and overseeing others who are in the show. By the time the show does start there is a lot of excitement in the air. You wonder if maybe that right person may walk in and love your painting enough to buy it.

But selling art work is really just a small piece of the event - even though everyone does hope to support their efforts with a monetary show of appreciation.

Community shows like Art Scene are much more than sales. They're about the community coming together to see art in 39 locations throughout the city. A community of artists, art enthusiasts who converge to network and appreciate all that is creative. For me last night was very successful for this reason alone. Just getting the opportunity to get to know my fellow guild members better is a wonderful thing to me. 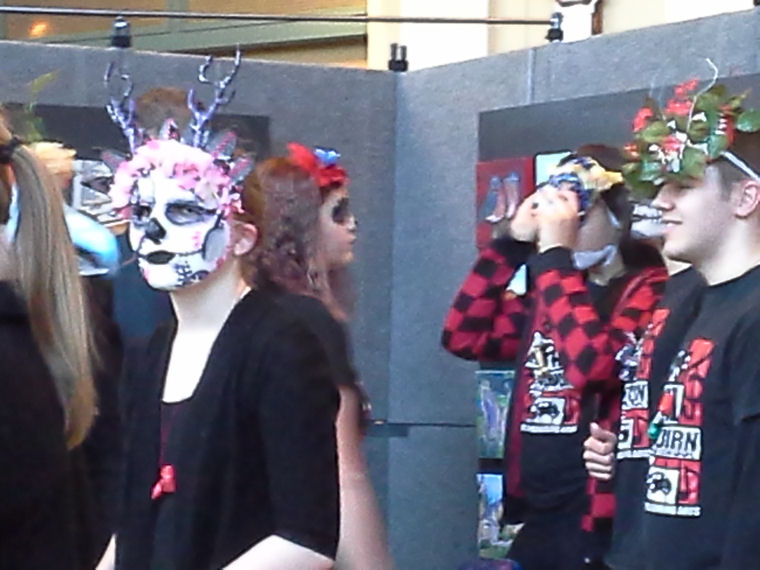 I always meet artists who are passing through the venues introducing themselves and showing interest in various works. Last night seemed to be the night of graphic designers; I think I met four or more. Maybe it was because my daughter, the graphic designer, was with me and the universe was just doing it's crazy " you get what you need" thing.

I love meeting the new artists who are so receptive to a little encouragement and shop talk. But it's more than artists. It's the travelers who see your Venice painting that want to talk about Italy or the gardeners who talk about their favorite flowers. All these people converge on your little area and all you have to do is to be open to them. 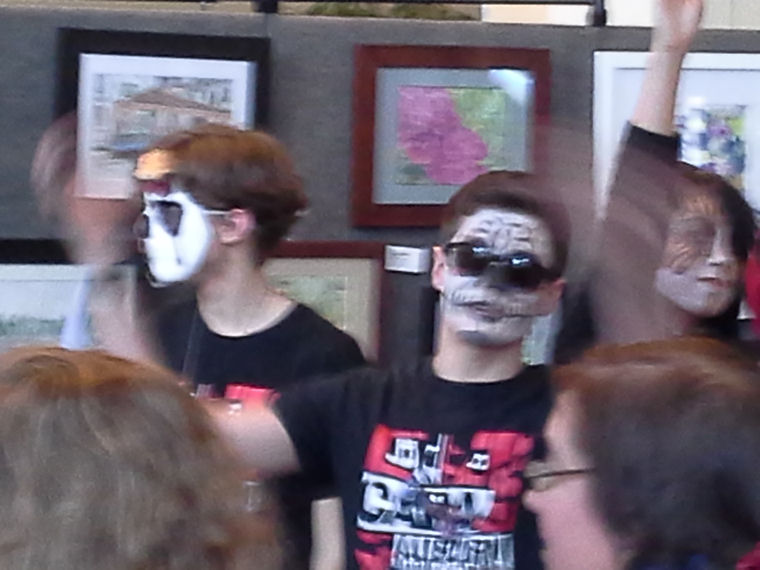 My friend, Sandy of Sandy's Sweet Treats dropped off 6 dozen mini cupcakes for me to hand out to those who visited my table. I loved doing that because, not only was it a great draw to get people to my table and market a little for her, but it's an in to every kid there. You know those kids walking with mom and dad are dying for the chocolate cupcake with the sprinkles on top.

Stepping outside to cool down a bit, I couldn't believe the energy on the State Street. There were so many people walking with their families and friends. Every parking spot seemed taken and the traffic was steady. There was such a sense of excitement in this party atmosphere. 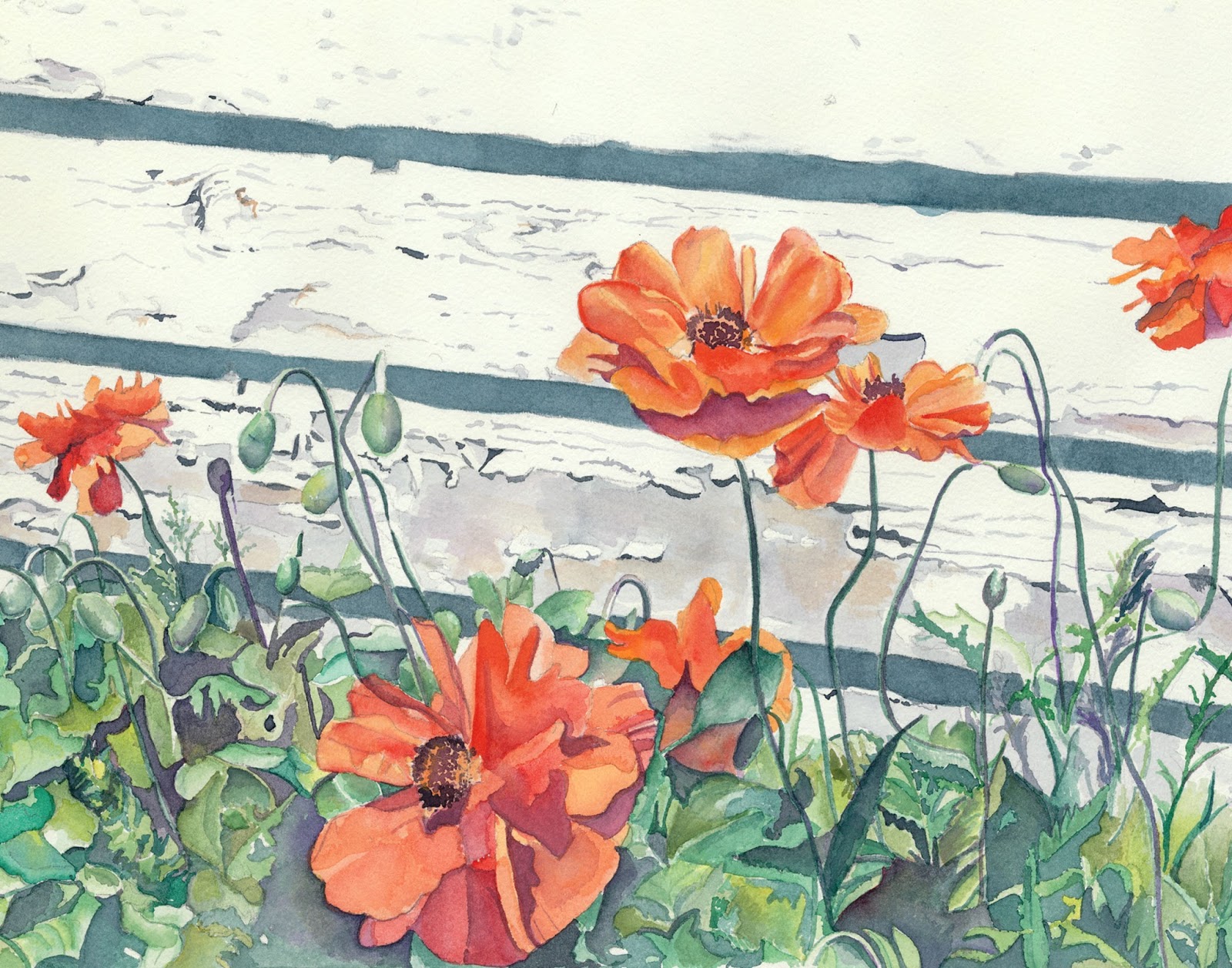 I must share and the unusual thing that happened last night. I was talking to a woman about my Margo's Poppy print promotion, telling her the poppies were from La Grange. She directed me to her friend whom she believed also grew up in La Grange. Can you believe it was a childhood friend of mine whom I had not seen in 41 years! Sue lived two houses away on the next street. It was wonderful to catch up with her as I learned we went to the same college and were living in dorms that were across the street from each other. We had many similarities such as both moving into the Rockford area and having three children. We even live in the same style house. (Okay, I admit that I took her address off of her check and looked it up on map quest. Oh come on - you'd do the same.) Anyway it was such a thrill and certainly one that I never expected.

So I'm looking forward to another round tonight. And yes, I'd like to go home with a few less paintings than I started but I know now that whatever happens, I'm ahead already just by showing up.
Posted by Jill Rae Finally Art at 10:03 AM