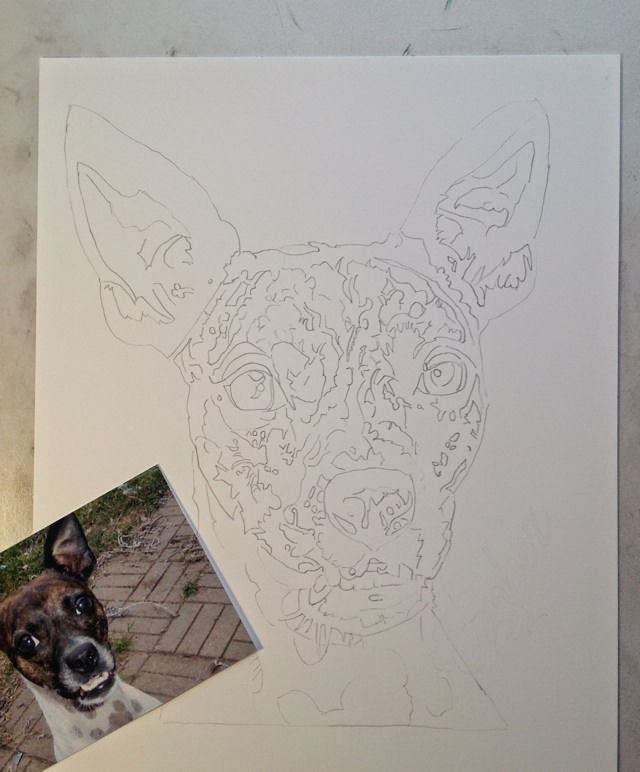 I know animal experimentation is very controversial but it's not when your just painting a picture of them. I have been loving the alcohol ink paintings that I have been seeing several artist produce. So I went to Cheap Joe's, ordered a few, watched a few U Tubes and was anxious to try them out. I choose Ember, a Jack Russell Terrier because of the variations  of his fur and well, let's face it, he has great markings.

I drew out the picture... it looks more like a paint by number than a sketch. This amount of detail was a joke- One of the nice things about the inks is they do what they want - you deal with the outcome. They are very forgiving though, as you can continue to manipulate them until you get a result you like. 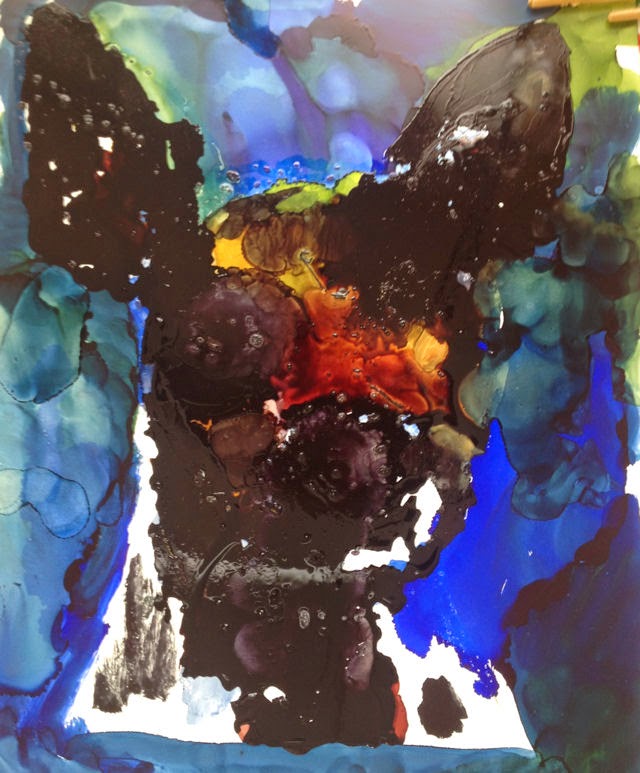 After using masking fluid I was ready to put in the background. I choose blue and green. Then I added browns, yellow and black to Ember's face. 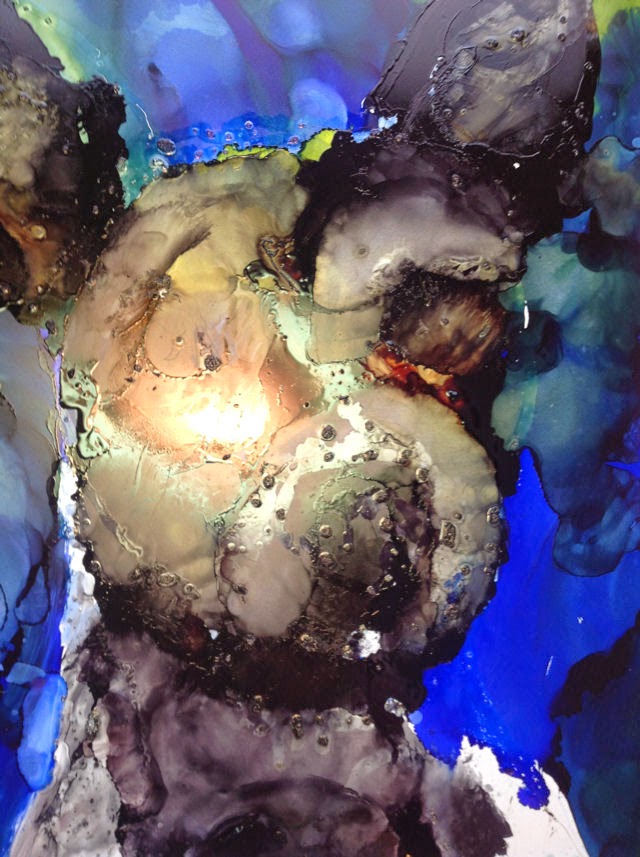 What a mess! So I added more trying to manipulate the paints in some way to look like a dog. This was about the point where I thought maybe this painting is a scrapper. 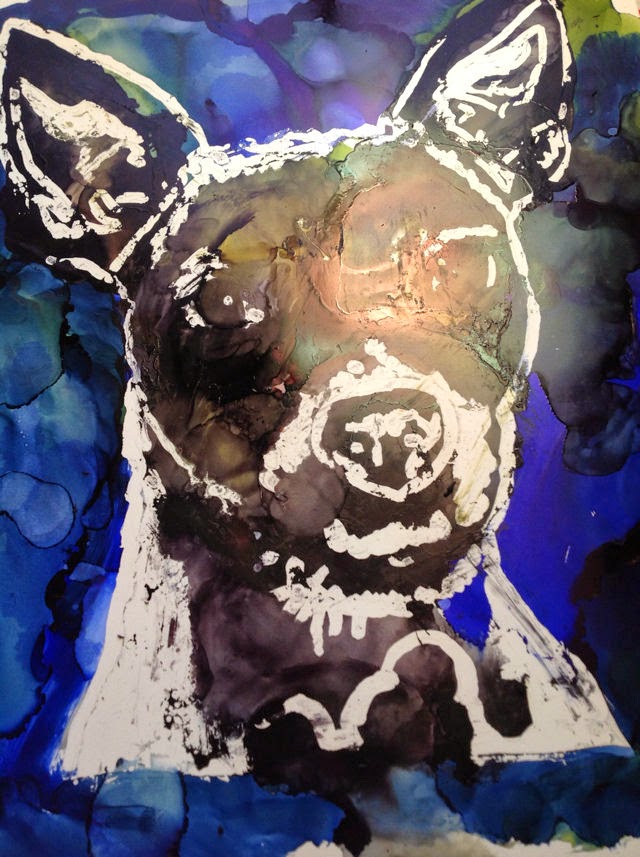 So I rubbed off the masking fluid in hopes that I would be able to recover this painting. I had to remind myself this was my first time using the medium and that it would require some practice. 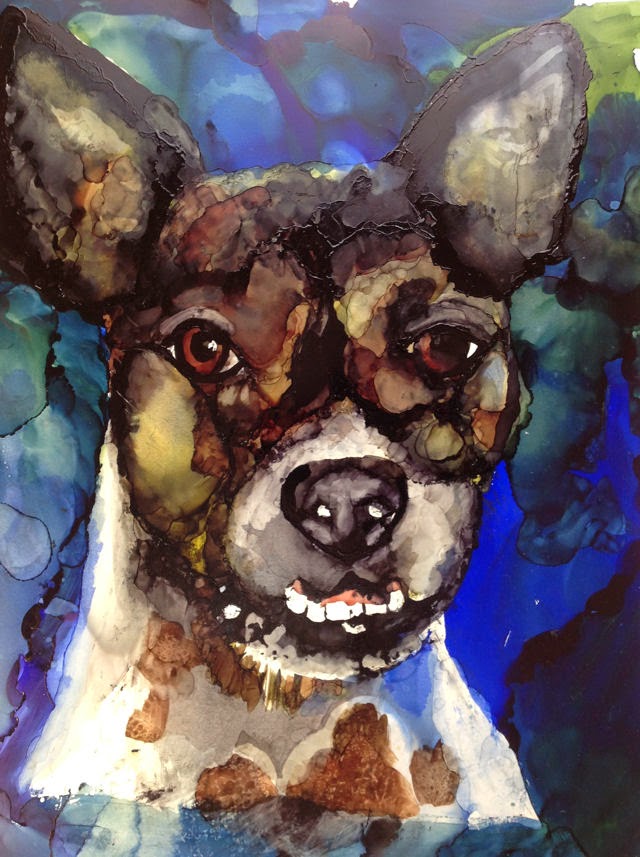 Then I played with the colors some more, removing some with alcohol and adding paint in other areas. 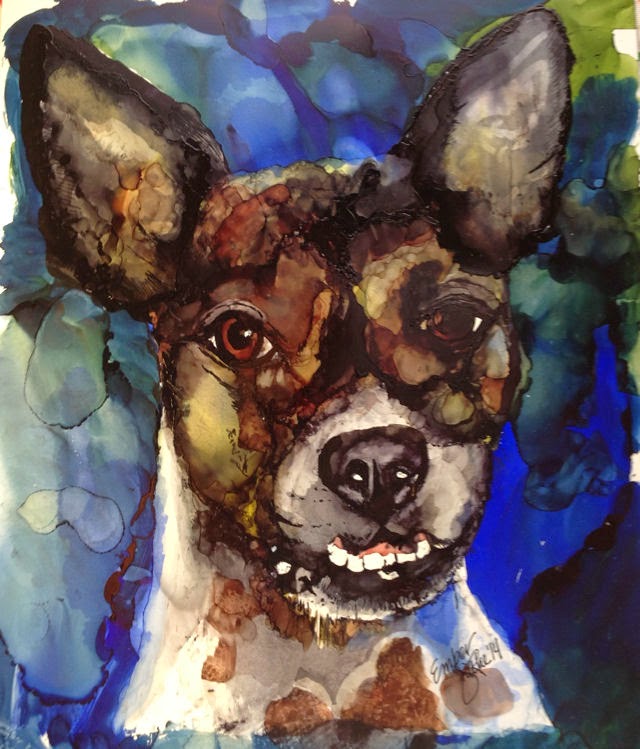 Then I drew a few details in with an ink pen. I think I can go back and fix the right eye with some white ink - but alas the white ink, along with a few other colors is on back order so I'll have to wait until it gets shipped to me.