Inspired by South Africa and Being on Safari

A lot of my work is inspired by people, places and things in my life. This is true of my Safari Series Prints. 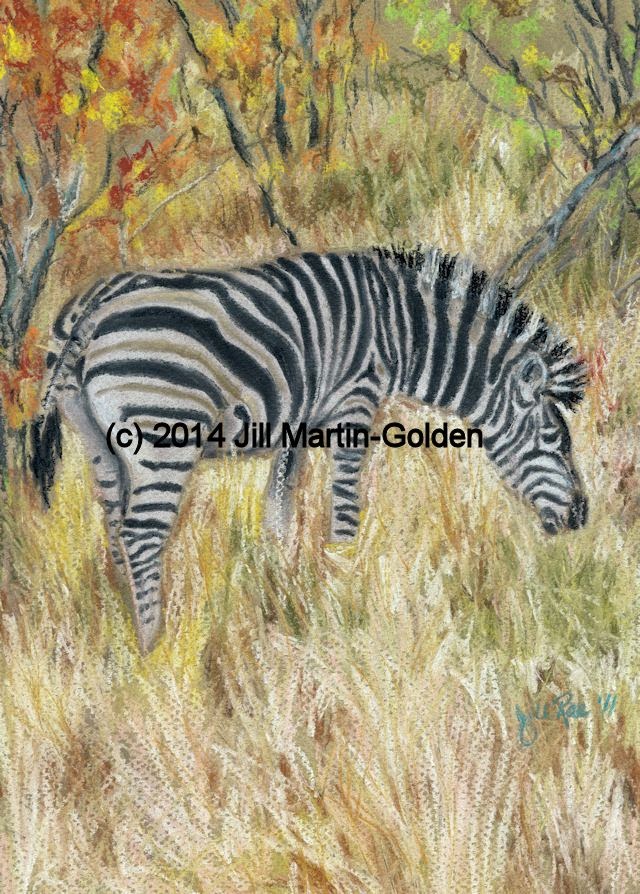 In 1996 my Dad had a scientific conference is South Africa and somehow the trip went from he and my Mom going to bringing myself and four of my sisters, (One sister stayed home as did my Mom.) We spent three days on safari in Kruger National Park. Our timing was incredible, it was right before the rain season began so there were no leaves on the trees and most of the animals kept pretty close to the larger waterholes, the visibility was great! We saw many animals as we left our rondavel (round house) by 5 AM each morning and returned by 3PM, breaking for lunch at noon. By nightfall we were safely locked in our resort like accommodations which was surrounded by fences to keep the night predators out. 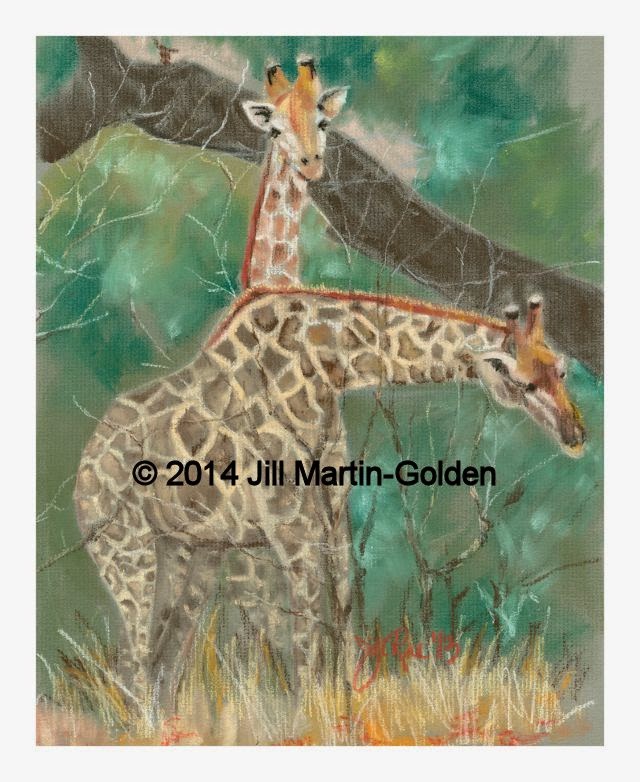 We never tired of the many zebras, giraffes and many other animals we saw. Each time it was amazing as we had to remind ourselves that this was Africa not the zoo.

The five of us traveled around in a van as our guide, Brian told us all about South Africa, the animals the people and more. We spent  much time laughing and enjoying each others'  company. We were pretty safe in our little van roaming the savanna until we ran across a cute baby elephant on the side of the road. 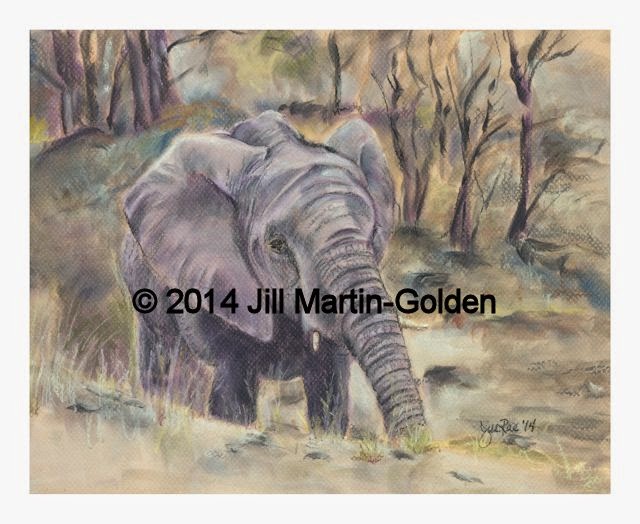 We stopped to photograph the baby as we often did. We were thrilled to be so close to this little guy. Several cars pulled behind us to get their photos too. Before long we were joined by another elephant, much larger, who had apparently been on the other side of the road the whole time. He was none too happy with our interest in his son. As this protective Papa started walking towards our van as he trumpeted  his warning to us. It was then Brian chose to educate us of the few animals that were truly dangerous on safari, the elephant being one of them. We were told that a car could not out run an elephant and they had the strength and ability to puncture the vehicle with their tusk or turn the car over. Our only course of action was to slowly back up and appear submissive. This was difficult with a line of eight or so cars that had pulled up to watch the show. Little did we like the idea that now we were an integral part of the mornings entertainment. After much hand flapping and yelling at the cars behind us they did start to backup and we were allowed to withdrawal a bit to safely view the father and son reunion. 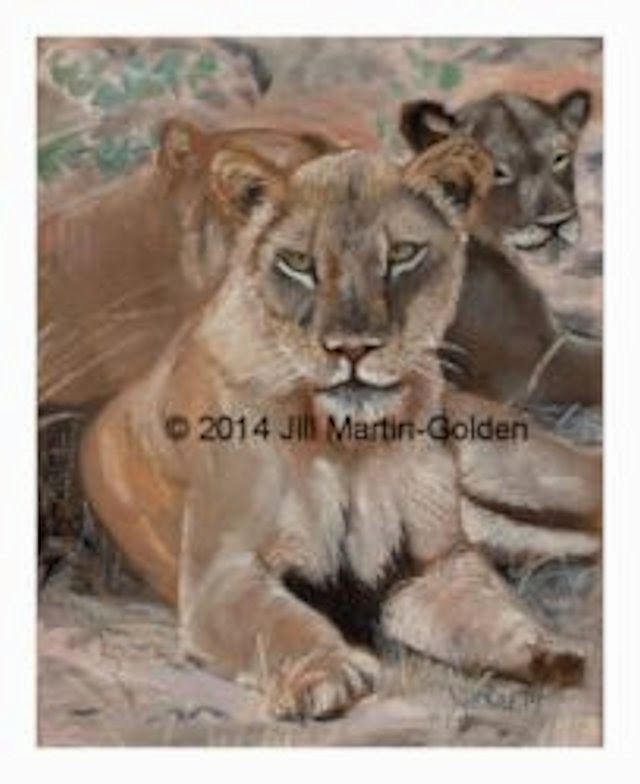 Later, were came upon a pride of lions sleeping the heat of the afternoon away. Again, we stopped for photos. Several of us rolled down our windows to allow our cameras better views. The lioness in the front quickly seemed to come out of her slumber as she became animated and seemed to be posing perfectly for our photographs. The eye contact was incredible, these pictures were going to be great! As she slowly raised herself into a standing position it was then that Brian once again saw this as a teachable moment as he instructed us all to pull our hands into the van and roll up the windows. Apparently a big old van is of no consequence to many of the animals but once you start sticking your limbs out and change the contour shape of the van, then some animals become interested in watching you. Not a good thing if that animal hadn't eaten that day.


These are the first four in my Safari Series. I hope to do several more drawings of our adventures on safari as I relive that wonderful trip through pastels. If you are interested in purchasing any of these pieces, prints or cards please see my web site at http://www.jillraefinallyart.com/index.php. Or you can use the buttons to the right of this blog. (The original of the lion has been sold.)
Posted by Jill Rae Finally Art at 11:17 AM